A few months ago, a dear friend who has dedicated her adult life to finding a cure for juvenile diabetes, approached us at the gallery and asked if we could help out with a project for the JDRF gala in Atlanta. Aside from wanting to support a cause that is very dear to our hearts, at least one of us loves to attend the fabulous JDRF ball, and has been known to do crazy things like drink a martini and bid on a car! But that aside, we of course wanted to help our friend Barbara and with a little brainstorming with one of our lovely and most charitable artists, Melissa Payne Baker, we devised a plan. 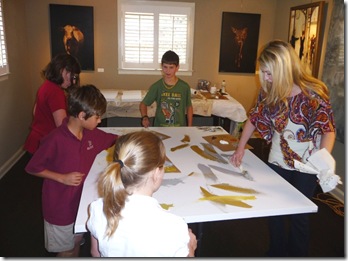 The idea was to have some of the Junior Ambassadors, all adorable children with diabetes, come to the gallery and paint on a huge canvas, under the very capable direction of sweet Melissa. 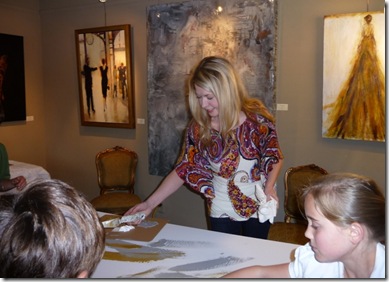 The children arrived at the gallery not knowing what to expect, and some were pretty excited to be given a blank canvas, and a couple of knives. 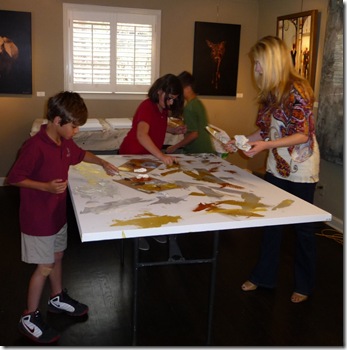 Melissa taught them how to use a palette knife and encouraged them to paint freely, and before they knew it, some were slinging paint with the expertise of a Jackson Pollock. 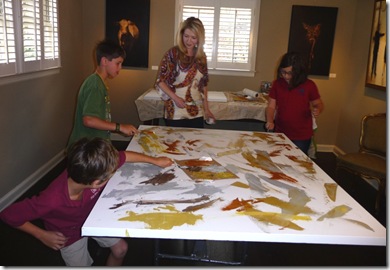 Little by little, the giant blank canvas came to life with the strokes of genius from every one of our young artists. 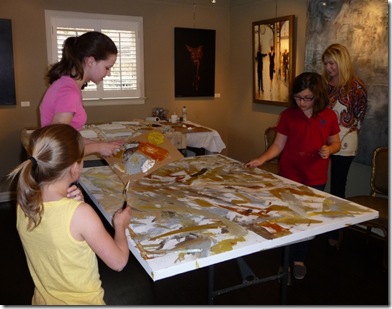 Some were methodical and meticulous; 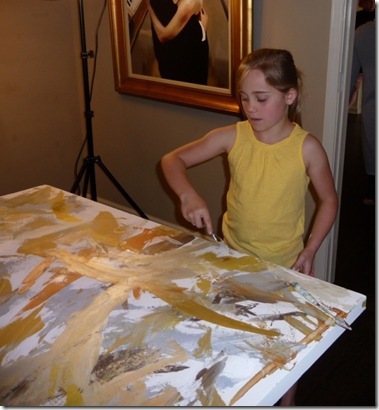 Others were more free wheeling and confident. 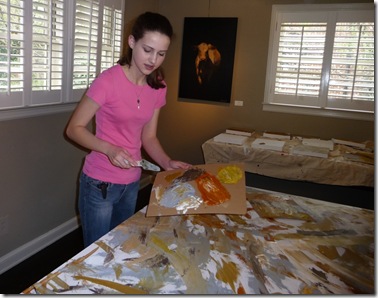 All were excited about it, 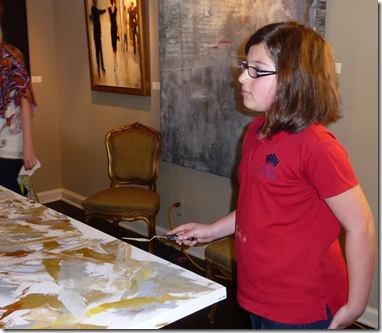 and just a little curious about how it would all turn out. 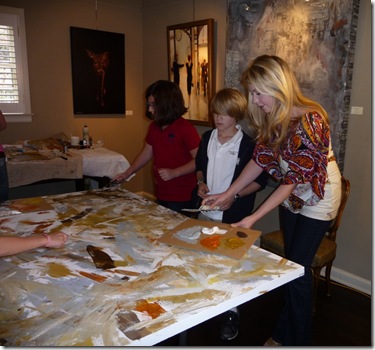 They also took turns working on a series of small canvases that will be given to major donors at the gala. 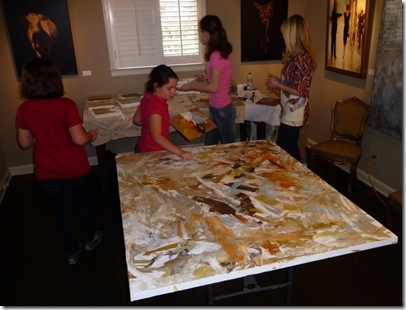 When we saw the finished small paintings, done by the young artists and ever so slightly enhanced by our Melissa, Meg and I wished we could be major donors for the cause! 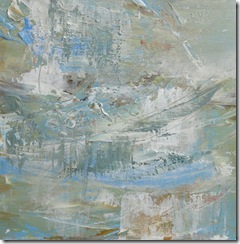 Can you believe how beautiful these are? 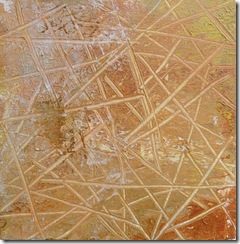 Don’t you think the donors will be just thrilled? 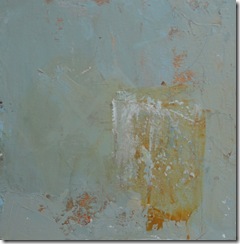 We can’t get over them. Of course a lot had to do with Melissa’s choice of palette for this event. 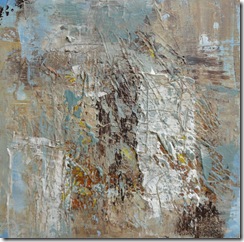 As we often say to her in our “Sold” emails, “You nailed it!” 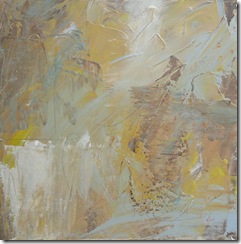 We’ve been so excited about this little series, which of course could never be reproduced again because so many little hands were part of it. 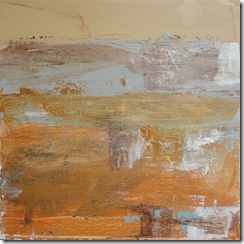 But the most touching part of the process came from what some of these brave young children, whose lives involve pricking themselves several times daily, monitoring every bite they eat, never being able to do sleepovers like most kids their age and living under the cloud of a life threatening disease, carefully crafted on a sheet of canvas to be incorporated in to the painting: Their hopes and dreams for the future. 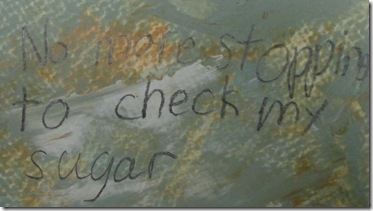 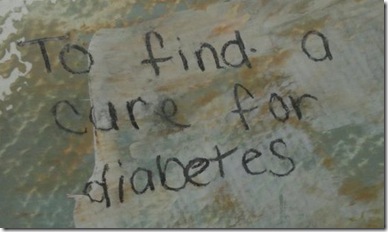 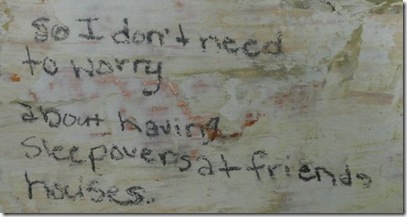 So what’s the final canvas like you wonder? Well, you won’t see how Melissa has incorporated these precious treasures in to the painting, until she does the finishing touches at the gala.

But here is a sneak peek of this wonderful painting, a beautiful collaboration in its 48” x 60” glory, that will be auctioned off at the JDRF gala on the night of May 7th, and will hopefully help raise enough money so that some of these kids’ dreams will come true in their lifetime. 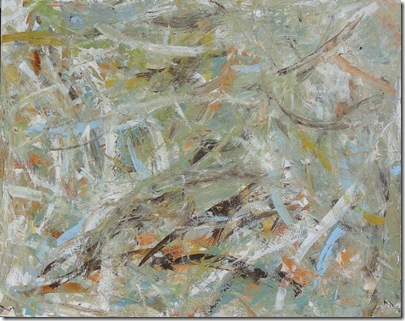