I’ll say it right upfront. This is one of those situations where thank goodness I didn’t buy the apartment; not because it wasn’t great but because I could never have done as good a job with it as the people who ended up buying and renovating it. My guess is that the buyers were not American, because if they had been, their renovation costs, already quite significant, would have been astronomical, given where the dollar was at the time of this purchase. But whoever they are, I am happy for them and congratulate them on their exquisite taste and spectacular renovation of what was once a very ugly duckling apartment. 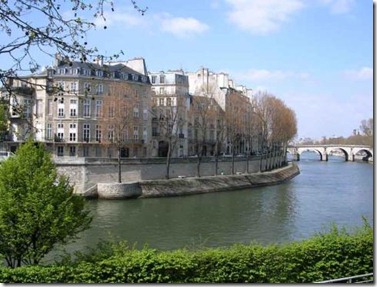 The Quai Bourbon, on the Ile St. Louis

After scouring my favorite arrondissement (the 7th) for several months, and coming up with little or nothing, I decide to branch out into unfamiliar territory. I knew that I couldn’t go wrong with the Ile St. Louis, that little island of paradise that sits next to the Ile de la Cite (home of Notre Dame and lots of other marvels), smack in the oldest part of Paris. So when an apartment came up that overlooked one of the most stunning private courtyards of Paris, where the famous and somewhat maligned Camille Claudel had lived, I figured this could be my entrée into a different part of town. And of course the real estate listing didn’t need much to lure me, since the Ile St. Louis location and 4th floor with elevator were trophies in themselves. 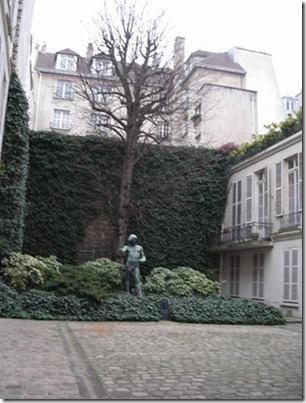 The stunning courtyard, where Camille Claudel once lived.

What I actually found was a handsome set of heavy doors on the Quai de Bourbon, leading to one of the most gorgeous courtyards I’d ever seen, with a very average stairwell, and an acceptable elevator to a cramped apartment under the eaves of a 17th century “hotel particulier” in a terrible state of disrepair, with no view and a fairly high price.

But then again, this was the Ile St. Louis. And although there was no view, which is usually the prize on the Ile St. Louis, the small windows did get good light, with Southwestern exposure. The ceilings were low, but I was told that we could have access to “les combles,” which is the much prized attic space that allows for the top floor resident, if voted and approved by the co-proprietors of a building, to break through the ceiling and have access to the attic or rafters. Of course, getting the permission is just half the battle. The other half is financing such an expansion, which can be significant. 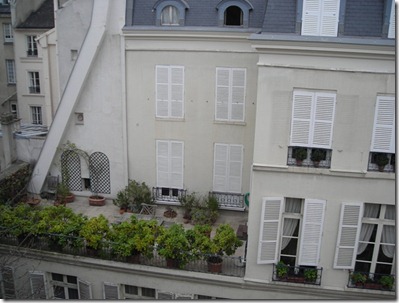 View from the apartment, overlooking other stunning apartments and the courtyard.

The apartment was a great size – around 800 square feet – and would have worked well as a small two bedroom. But with the dollar still in freefall, and the state of the economy in major upheaval, it didn’t seem like the right time to take on a project of such magnitude and risk. It would have been fun to live in this building and to share a “cave” with some of the leading and oldest champagne families of France, as well as other distinguished co-proprietors . But I wasn’t sure that I could just love the Ile St. Louis. Nice place to visit, but where do you do your grocery shopping? And pharmacy? And public transportation? And where can you have a cup of coffee without being surrounded by tourists? Could you really have a life there or is it a transient community of wealthy absentee landlords mixed with short term renters? And how would my Scurry deal with four flights of stairs if the elevator ever went out? 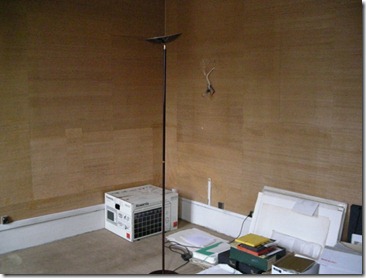 The study – windowless, dark and foreboding 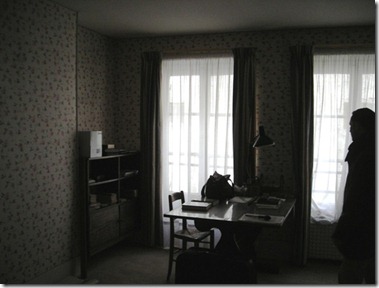 The living room, with its old fashioned wall paper 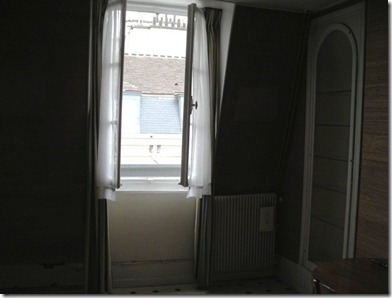 The master bedroom: Wait till you see the after on this one!

It was easy to justify all the reasons why I didn’t want this apartment, since it would have been a very hard sell with my better half (“Big Guy”) if I really did want it. So I let it go, without too much further thought, knowing that in the connubial arena of picking one’s battles, this one would be tough to win. Luckily for the apartment, and the building, someone with exquisite taste, and a very adequate budget, won their battle and got the prize, and what a wonderful marvel they turned it in to! Enjoy the photos. And know that my little search for the perfect pied-a terre is far from over. So if you’re enjoying the ride, come along with me as I consider, next week, “How to make an offer.” 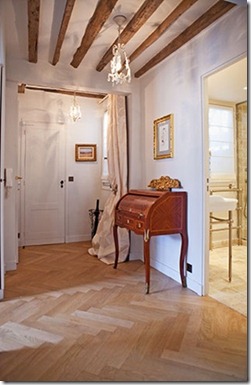 The new front hall; floor was added and ceiling beams were revealed. 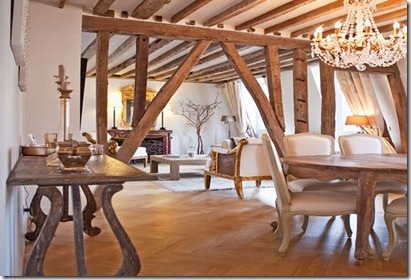 View of the living room and dining room; the wall was taken down to the studs and the beams. 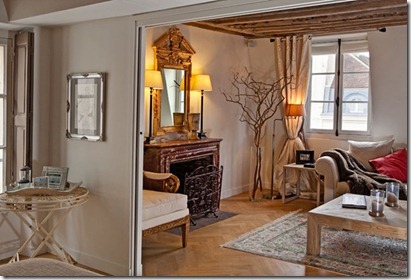 View of the living room from the master: fireplace was added. 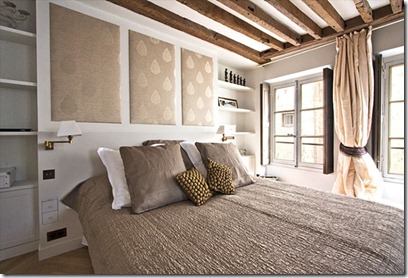 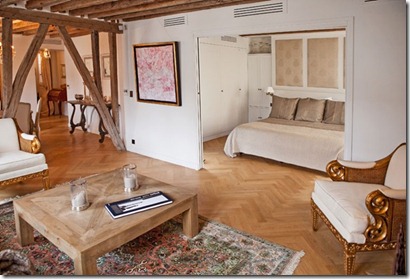 View of the master bedroom from the living room. 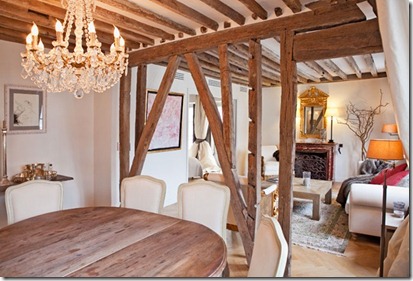 View of the living room from the dining room; again, that used to be a wall. 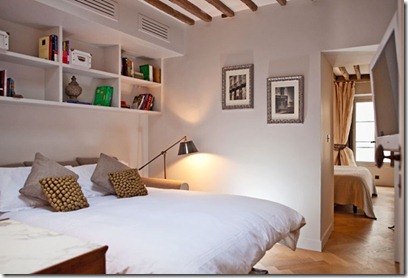 What was once the dark and foreboding, grass cloth cloaked study – now a spectacular second bedroom.

(All before photographs, with apologies for their quality, are by me! All after photos, courtesy of Haven in Paris.)